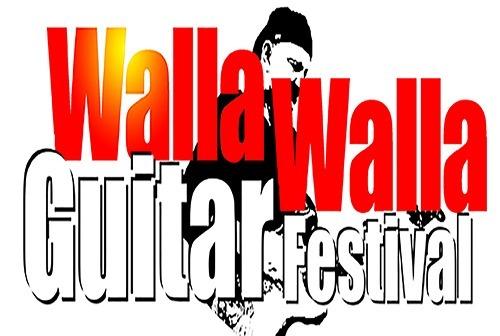 3 days, 25 bands, in 10 venues all within walking distance in Downtown Walla Walla! 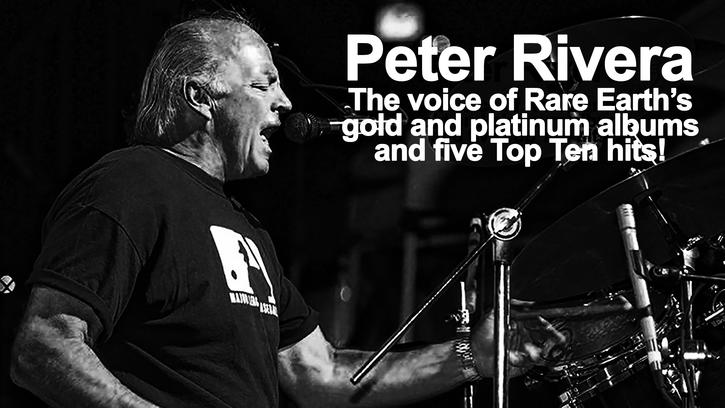 PETER RIVERA The voice & drums of five TOP10 RARE EARTH hits; Get Ready, I Just Want To Celebrate, Hey Big Brother, Born To Wander & (I Know) I'm Losing You. His music is legend and he will be headlining the LARGE Show on Saturday! 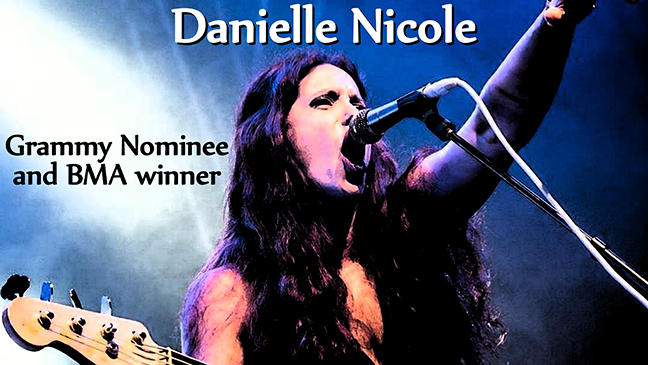 DANIELLE NICOLE BAND BMA winner and a favorite of Rob and Tiph's, the amazing Danielle Nicole has just been nominated for a Grammy! Danielle will be our featured performer in the Opening Concert on Friday the 8th. 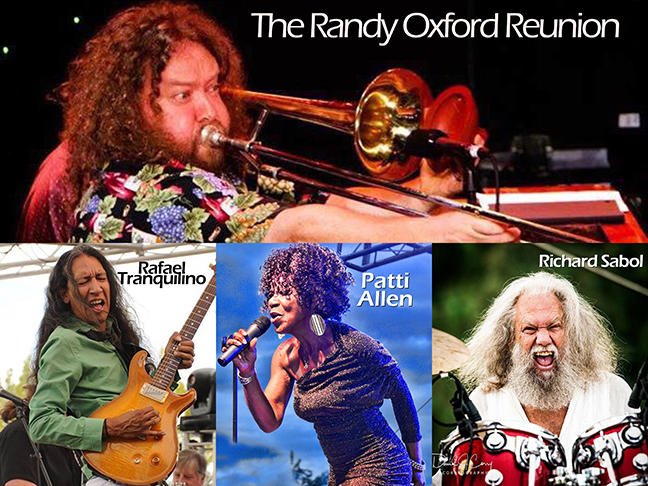 RANDY OXFORD'S ALL-STAR REUNION Featuring PATTI ALLEN and stars from R.O.B.s past all reunited to play for you in The LARGE Show! 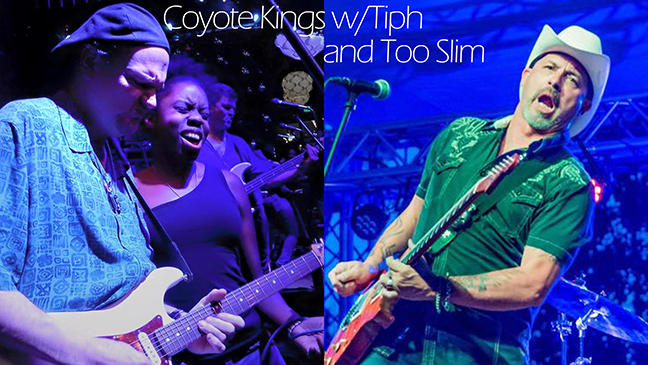 COYOTE KINGS w/TIPHONY DAMES & special guest, TOO SLIM Our festival hosts and just signed with Underworld Records! Their "Rocket" CD pre-release party will be a don't miss at the LARGE Show! 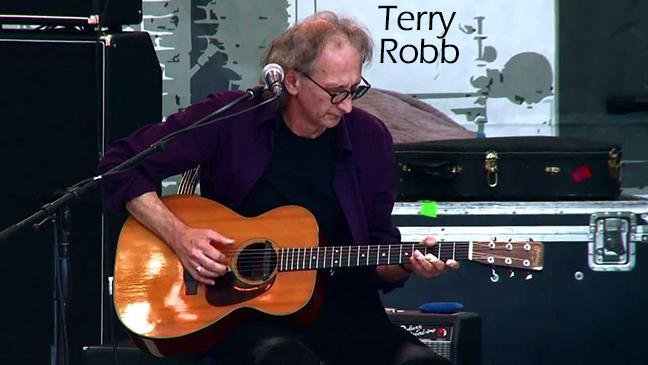 TERRY ROBB Virtuoso fingerstyle blues, recognized as one of the 10 best acoustic blues guitar players in the world. CD release party at The LARGE Show!

THE GINO MATEO BAND feat: JADE Sug Rayford's guitarist extraordinaire now with his own band, performing in the Guitar Craw on Saturday! All the way from LA!

SCOTT PEMBERTON Phenomenal superhero guitar wizard from Portland, OR. The music is incredibly great too. Performing in the Guitar Craw on Saturday!

THE RAE GORDON BAND Portland's top blues & gospel entertainer! Bringing you blues at The Guitar Crawl on Saturday and gospel at The Sunday Gospel Brunch!

POLLY O'KEARY & THE RHYTHM METHOD Seattle's premier rockin' blues trio! The other half of the Ladies Rock show with Stacy Jones Band, in the Kick-Off Party on Friday!

THE STEPBROTHERS feat: PAT BARCLAY & JENNIFER KEMPLE This multi-award winning supergroup from Spokane features members who have played with what reads like a musical encyclopedia. They bring you soul and funk... So tasty!

NAVID ELIOT & JACOB NAVARRO The guitars behind Planes On Paper step forward in The Acoustic Showcase on Saturday!

THE DOC MARTIN BAND Bluesrockers from LA Performing in the Kick-Off Party on Friday!

GARY WINSTON and the REAL DEAL Walla Walla's favorite son and the funkiest band in WA. Performing in the Guitar Crawl on Saturday!

GARY HEMENWAY The coolest cat brings you the 2nd annual Jazz At The Fest!

BILL MATTOCKS Bill will be flying in from North Carolina to co-host the pre-fest Shaman's Jam at the Dacres, with Randy Oxford and Rev. Danny G, on Thursday March 7!

VAUGHN JENSEN Your host for the Craig Tarwater All-star Jam on Saturday night!!

*MANY MORE TO BE ANNOUNCED 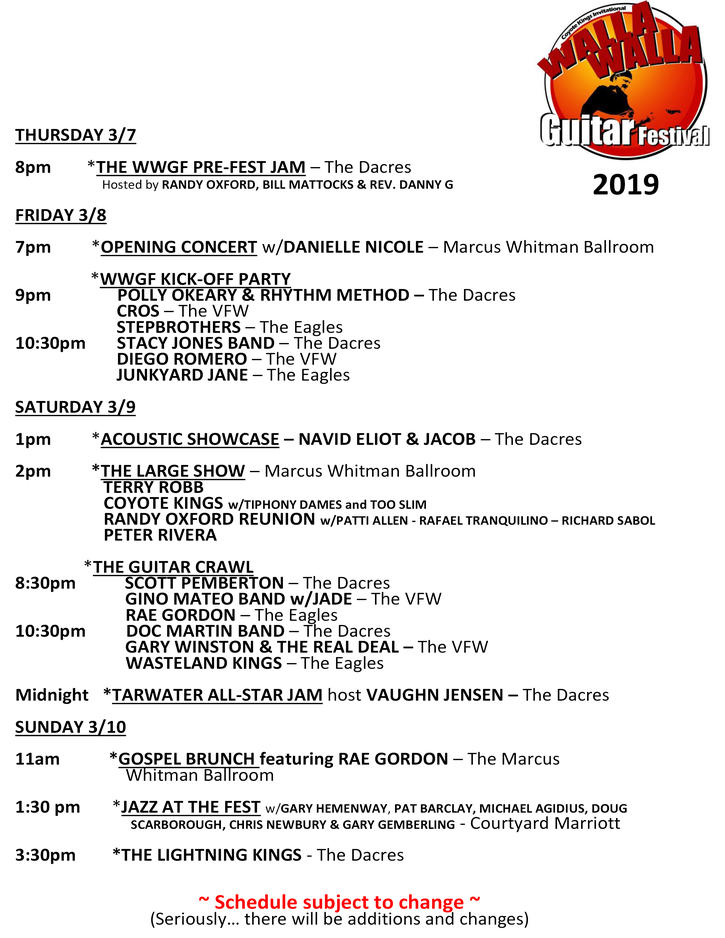 The shows include; The WWGF Opening Concert, The multi-venue Kick-off Party, The Acoustic Showcase, The LARGE SHOW, The Guitar Crawl, The All-star Jam, The Sunday Gospel Brunch, & Jazz at the Fest!

Venues include; The Marcus Whitman Ballroom, The Courtyard Marriott, The VFW, The Eagles, The Dacres, Goose Ridge Cellars and many more.

Camping/RV is available within walking distance of the downtown festival at Blue Valley RV Park.

The Walla Walla Guitar Festival is a 21+ event

This event has ended